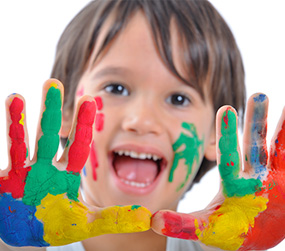 The Alaska Head Start Association (AHSA) is dedicated to strengthening early learning programs through advocacy, education, and leadership. AHSA represents all 16 Head Start programs in Alaska, creating a unified voice and point of contact for partners and policymakers.

Each year we strive to keep the Head Start community informed, to build collaborative relationships, partner with coalitions at the state and federal level, and to recognize outstanding achievement. AHSA formed in 1989 and we have been adapting to the unique needs of Alaska ever since.

Advocacy: AHSA provides a voice for the Alaska Head Start community in Alaska.

Communication: AHSA connects Head Staff staff, parents and supporters into one community and promotes Head Start in all communities of Alaska.

THE HISTORY OF HEAD START

In January of 1964, President Lyndon B. Johnson declared The War on Poverty in his State of the Union speech. Shortly thereafter, Sargent Shriver took the lead in assembling a panel of experts to develop a comprehensive child development program that would help communities meet the needs of disadvantaged preschool children. Among these experts were Dr. Robert Cooke, a pediatrician at John Hopkins University, and Dr. Edward Zigler, a professor of psychology and director of the Child Study Center at Yale University. 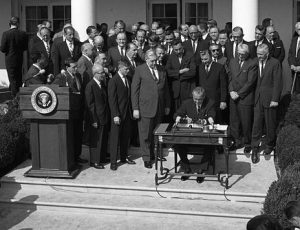 Part of the government’s thinking on poverty was influenced by new research on the effects of poverty, as well as on the impacts of education. This research indicated an obligation to help disadvantaged groups, compensating for inequality in social or economic conditions.

Head Start was designed to help break the cycle of poverty, providing preschool children of low-income families with a comprehensive program to meet their emotional, social, health, nutritional and psychological needs. A key tenet of the program established that it be culturally responsive to the communities served, and that the communities have an investment in its success through the contribution of volunteer hours and other donations as nonfederal share.

Head Start was most recently reauthorized again in 2007, under the George W. Bush administration, with several provisions to strengthen Head Start quality. These include alignment of Head Start school readiness goals with state early learning standards, higher qualifications for the Head Start teaching workforce, State Advisory Councils on Early Care and Education in every state, and increased program monitoring, including a review of child outcomes and annual financial audits. The Head Start training and technical assistance system was redesigned to support programs through six National Centers and a state-based system to ensure success.

The statute also included a provision that regulations be promulgated to move programs from an indefinite project period to a five-year grant cycle. Programs would be required to demonstrate they are of high quality or a competitive grant opportunity would be made available within the community. In 2009, under the Obama administration, the American Reinvestment and Recovery Act added more than 64,000 slots for Early Head Start and Head Start programs.

Head Start has served over 30 million children since 1965, growing from an eight-week demonstration project to include full day/year services and many program options. Currently, Head Start is administered by the Administration for Children and Families (ACF) in the Department of Health and Human Services. Head Start serves over a million children and their families each year in urban and rural areas in all 50 states, the District of Columbia, Puerto Rico and the U.S. territories, including American Indian, Alaskan Native and Migrant/Seasonal communities.